We attract lawyers who are focused on building and maintaining a dual practice in domestic and international law. We draw from the keenest intellects because we offer them the opportunity to engage in the most complex areas of law.

Within the group there is English, Arabic, French, Polish, Slovak, Romanian and Russian language capabilities, with most lawyers speaking at least two languages. 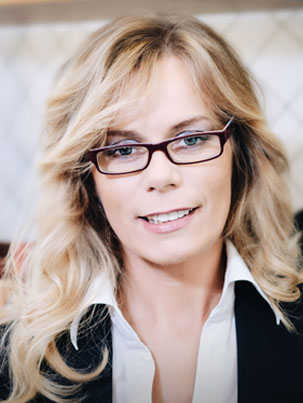 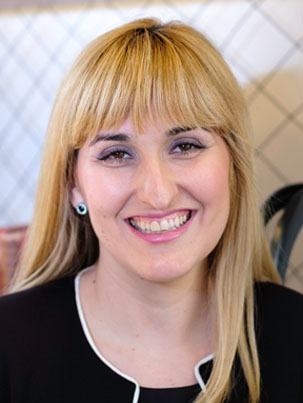 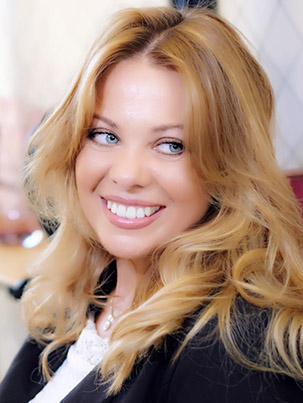 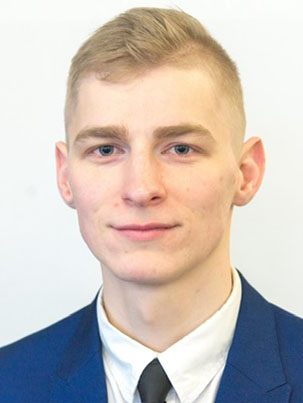 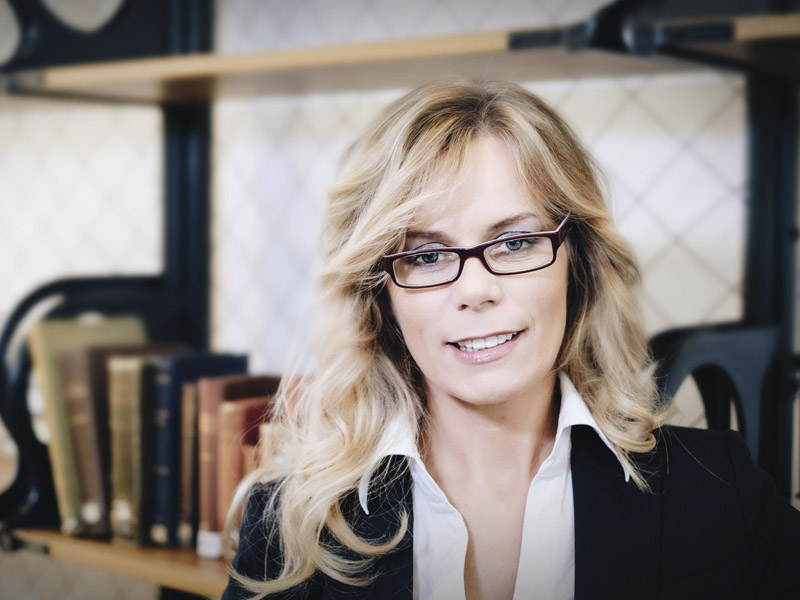 Anna Matelska, our Principal, has dealt with many of the leading cases under English law with those decisions providing guidance and authority to lawyers and judges involved in cases of a similar legal nature.

Anna is fully qualified as a lawyer, both in Poland and England and Wales with Higher Rights of Audience (Solicitor-Advocate). After gaining her master’s degree in law at one of the top universities in Poland, undertaking further studies in the United States and obtaining a diploma in law at a leading BPP School of Law in London, she has gained many years of experience working both in Britain and Poland.

In 1998, she started an apprenticeship in the criminal department at a District Court in Poland. In later years, she worked for other Polish government agencies. Among her duties, she was part of the team responsible for preparing Poland for accession to the EU, and dealt with matters involving amending Polish law to conform to the requirements of the EU, and international relations.

She has extensive practical experience of dealing with high value costs litigation, appeals, fraud and extradition. Since 2008, she has worked at leading law firms in London. Currently, as Solicitor-Advocate, she represents clients during questioning at police stations, at all levels of courts and tribunals, as well as at interviews before the consul.  She has experience in dealing with most serious cases usually involving murder, rape, fatal road accidents in addition to white collar crime and fraud. She deals with high profile, and often widely known cases of an international nature.

Anna Matelska is on the list of solicitors recommended by the Polish and Russian Embassies in London. She has a successful practice in dealing with non-governmental organisations, other law firms in the UK, Poland, Europe, Russia and the USA.

She was admitted both, as a Solicitor-Advocate to the roll of qualified solicitors in England and Wales regulated by the Solicitors Regulation Authority (SRA), and also is a practising member and Foreign Lawyer of the Warsaw Bar Council (ORA). 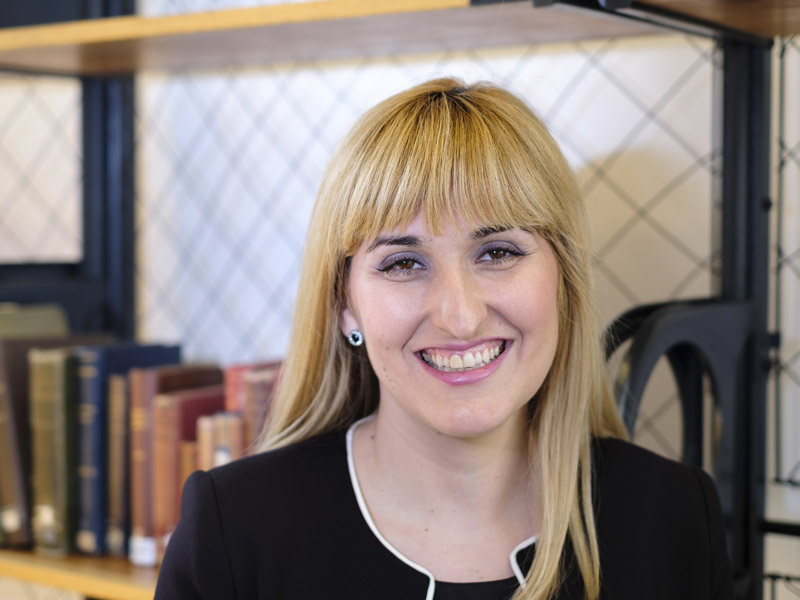 She is a self-motivated fully qualified lawyer, both in Romania and England and Wales (Solicitor-Advocate). She developed her common-law legal experience in the UK by working in private practices at leading law firms in London. She has many years of experience working both in Britain and Romania.

In 2008 Eliza Dumitrescu was admitted as a Solicitor to the roll of qualified solicitors in England and Wales regulated by the Solicitors Regulation Authority (SRA). She has extensive practical experience of English laws. As a Senior Solicitor, she works on a diverse range of complex cases within different areas of law.

Currently, as Solicitor-Advocate, she represents clients at police stations and at all levels of courts and tribunals. She is on the list of solicitors recommended by the Romanian Embassy in London.

Eliza also deals with general commercial and civil matters including cross border disputes involving breach of contract claims, debt recovery, enforcement of judgements and has substantial experience in drafting and reviewing a multitude of agreements and contract matters. 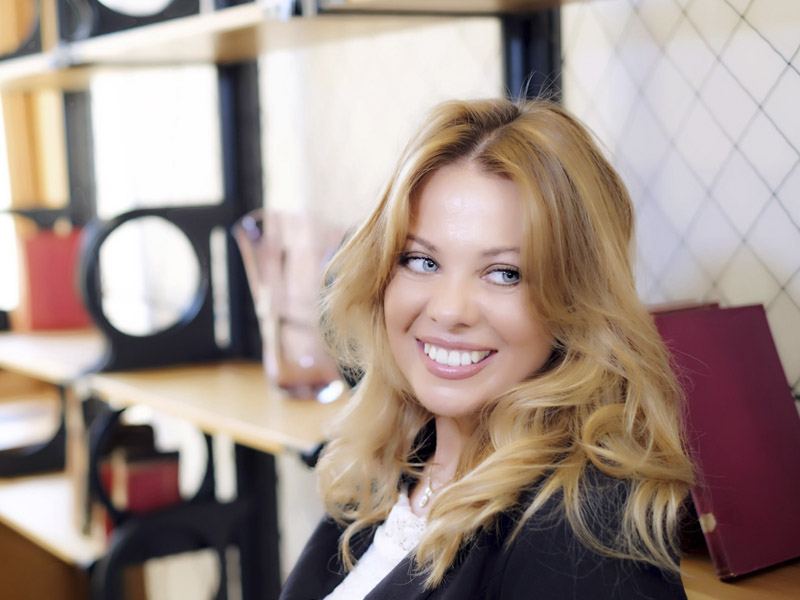 Justyna is qualified Solicitor at AM International Solicitors specialising in extradition, fraud, confiscation proceedings and serious crime. Justyna has been involved in the defence of some of the most complex and serious of criminal matters to include murder, armed robbery and large scale drug supply as well as firearm and sexual offences.

Justyna is fiercely committed to providing a first-class service to her clients, working in a sensitive and professional manner to secure the very best result, whatever the allegation.

Justyna read law at the University of Kent, graduating in 2007. She went onto gain a Masters degree in International Law in 2008 and completed the Legal Practice Course at the College of Law in 2009.

Following completion of the Legal Practice Course (LPC), Justyna worked as a paralegal specialising in criminal defence. During her time working as a paralegal at one of the largest criminal law firms in London, she became an accredited police station representative and assisted clients in police custody for a wide range of offences including drugs, robbery, assault occasioning gross bodily harm (GBH) with intent and fraud.

Having proved her commitment to the law, Justyna was offered a training contract at a highly regarded North London law firm where she qualified as a solicitor in 2014. During this time, she worked on a heavy and varied caseload of Magistrates Court and Crown Court matters as well as extradition and prison law. Additionally, she utilised her language skills in the extradition department where she assisted clients who were subject to criminal investigations in foreign jurisdictions predominantly, Poland.

After qualifying, Justyna continued to specialise in criminal defence regularly attending police stations and conducting advocacy in the Magistrates Court. Justyna has a keen interest in protecting prisoners’ rights and is experienced in dealing with matters such as recall, re-categorisation, adjudications as well as submissions before the parole board. Justyna has bean involved in the defence of numerous high-profile murder cases.

Outside of criminal law, Justyna has assisted clients in family, civil and immigration law matters. In her free time, she enjoys exploring all that London has to offer, traveling to hot destinations and watching real life crime documentaries.

As Justyna is a fluent Polish speaker, she is always keen to assist members of the Polish community.

Olga speaks Russian and specialises in immigration, family and commercial litigation law. She obtained her Law Degree in Russia in 2004 and is currently studying down CILEX route. Olga is experienced in practising law in both England and Russia. 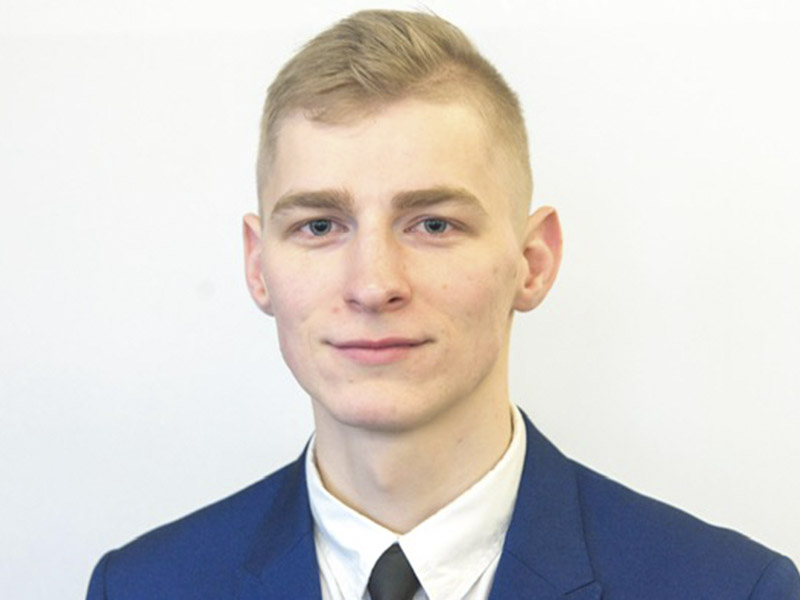 Oskar Pytka came to the United Kingdom in 2017. After completion of Foundation Year in Law & Practice, he became an International Law Student at Coventry University. He is associated with the law firm since February 2019. As a legal assistant at our law firm in London, he gains extensive professional experience in various fields of law such as civil, criminal, family and immigration. In addition, he is a legal intern at the European Foundation of Human Rights where he broadens his knowledge in the field of human rights by facing the problems of national and ethnic minorities in Lithuania. He uses his current knowledge as a volunteer in one of the Citizens Advice, helping people with financial, legal, consumer and other problems. Because he fluently speaks Polish, he is helping Polish community on every possible occasion.

He also devotes his free time to other passions. He has been fascinated by traveling for many years, he has visited various corners of the world from an early age. In particular, he is interested in cultural events and various sports activities. In leisure time, he loves to be in the circle of close friends and family. In 2019, he obtained the title of Coventry University Law School Representative and became a member of the Law Society in England and Wales.

In the future, he would like to complete a master’s degree and become a qualified lawyer.

We use cookies to ensure that we give you the best experience on our website. If you continue to use this site we will assume that you are happy with it.OkPrivacy policy